Meaning and Origin of the

Origins of the Fay Name

There are several countries in which this name may have originated, but DNA and research documents indicate our Fay family had roots in the United Kingdom (England).

From Where Does The Surname Originate?

— Surnames of the United Kingdom (1912) by Henry Harrison

De Fae An Anglo-Norman family settled in Westmeath at the end of the twelfth century. Also sometimes a synonym of Fahy and of Fee, q.v. IF 291; MIF 256

(English, Irish) One who came from Fay or Faye (beech tree), in France; descendant of the reasonable man; grandson of Fathadh (foundation).

From the Danish, Faye, Feigh; from the German, Fay, Fei; a personal name.

This very interesting surname has three possible origins. The first and most usual, being a locational from a place in France called Fay, meaning 'beech tree'. The name is a slightly later introduction after 1066, it being recorded in the following century. A secondary claim is that the name was a nickname for a person thought to have supernatural qualities, again Olde French, but this time from 'fae' meaning an 'elf or fairy'! We think that more logically when this occurred the development was from a 'role name' i.e. somebody who played the part of a fairy in the medieval travelling theatres. There are a number of recordings which indicate a locational origin such as Richard de Faye in the 1242 Fees Lists of Herefordshire, whilst Margaret le Fey, who is recorded in the 1332 Pipe Rolls of Surrey, was most definitely a fairy. Finally, the name may derive from the Medieval English "fei" meaning "loyalty" and originally given as a nickname to a trustworthy person. Examples of the early church recordings include Jone Phaye, the daughter of Richard Phaye, christened at St. Botolphs without Aldergate, London on November 27th 1597, whilst on March 10th 1681 Mary Fay married James Jackson at London by civil licence. The blazon of the coat of arms granted in County Kildare, Ireland, in 1629, has a green field, a dexter arm issuant from the sinister side of the shield, and a sinister arm from the dexter, vested in silver, grasping a sword erect, the blade thrust through a dragons head couped. The first recorded spelling of the family name is shown to be that of Ralph de Faia, which was dated 1194, the pipe rolls of the county of Sussex, during the reign of King Richard 1st, known as 'The Lionheart', 1189 - 1199. Surnames became necessary when governments introduced personal taxation. In England this was known as Poll Tax. Throughout the centuries, surnames in every country have continued to "develop" often leading to astonishing variants of the original spelling.
https://www.surnamedb.com/Surname/Fay

Origins of the Fay Family

The Willliam H Fay and John H Fay family began in the United States in 1656. The Fay family settled in New England. John Fay was born in England about 1648. He arrived on the Speedwell in Plymouth Rock on June 27 of 1656 after one month at sea. He was only eight years old and traveled without his parents. It is assumed that he traveled to meet with his parents or family, possibly David Fay, who had traveled ahead. He was bound for Massachusetts. First living in Watertown, then Sudbury. He is later found in Marlboro, Massachusetts were he married and where his children were born. Three stories below describe John Fay's arrival to America.

Some information indicates he may have been born in France but his family fled to Wales before coming to America. This information may or may not be true. My DNA indicates I have 2% French lineage but my 54% England, Wales and Northwestern Europe lineage indicates he was probably born in England. My mother's line has two confirmed French lines, probably where my French lineage originated. (The King Phillip War was in 1675...a typo below) 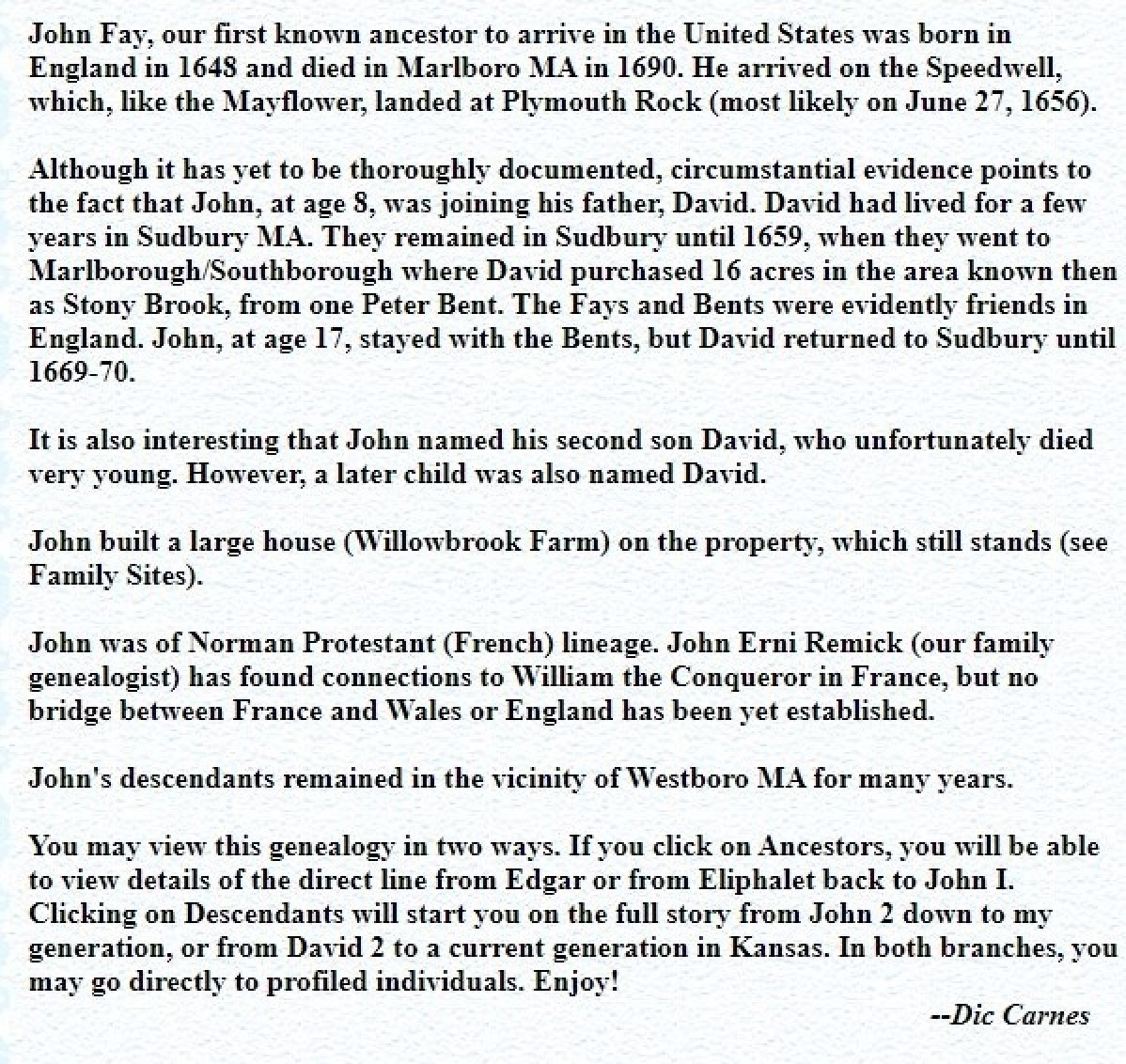 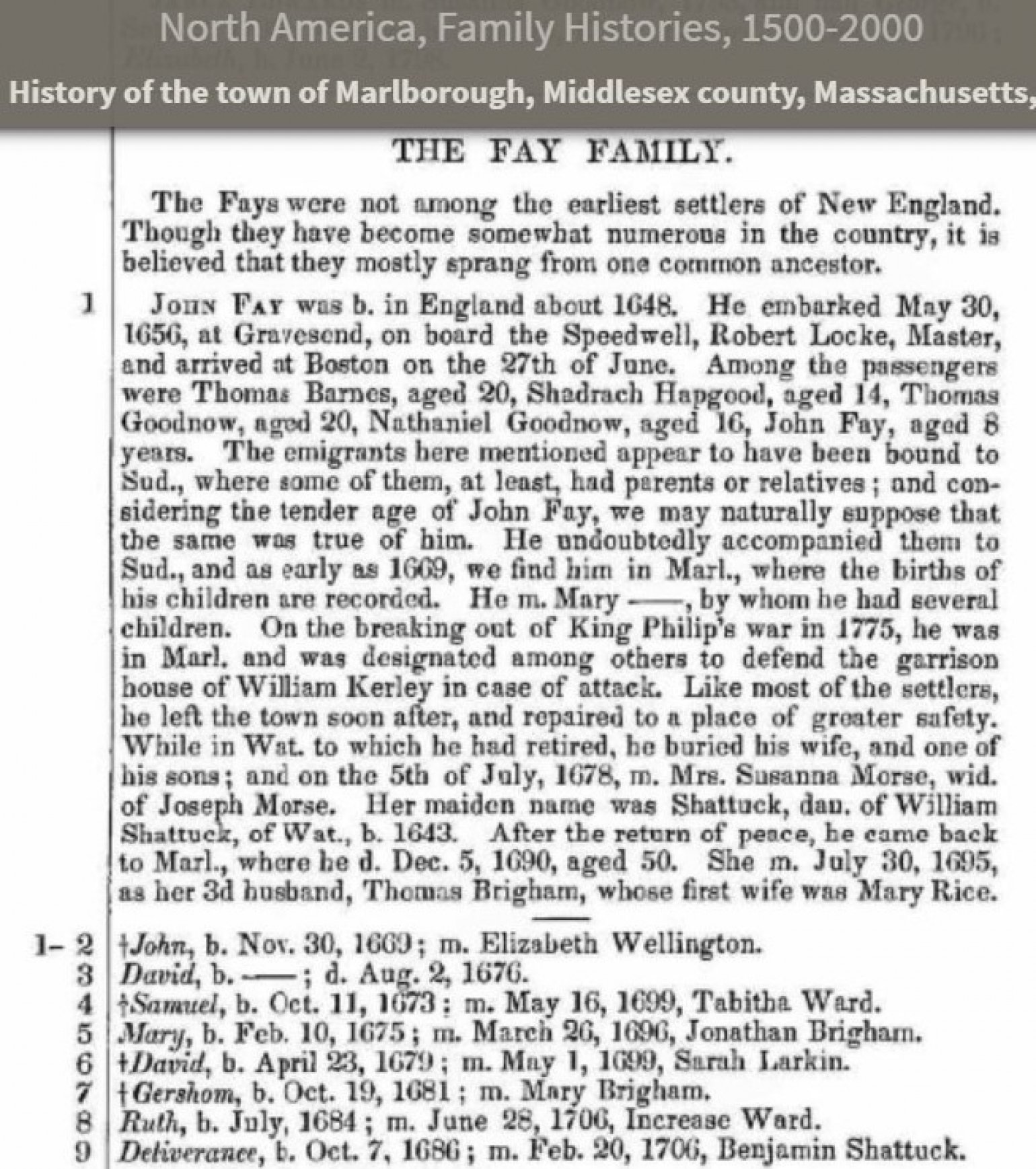 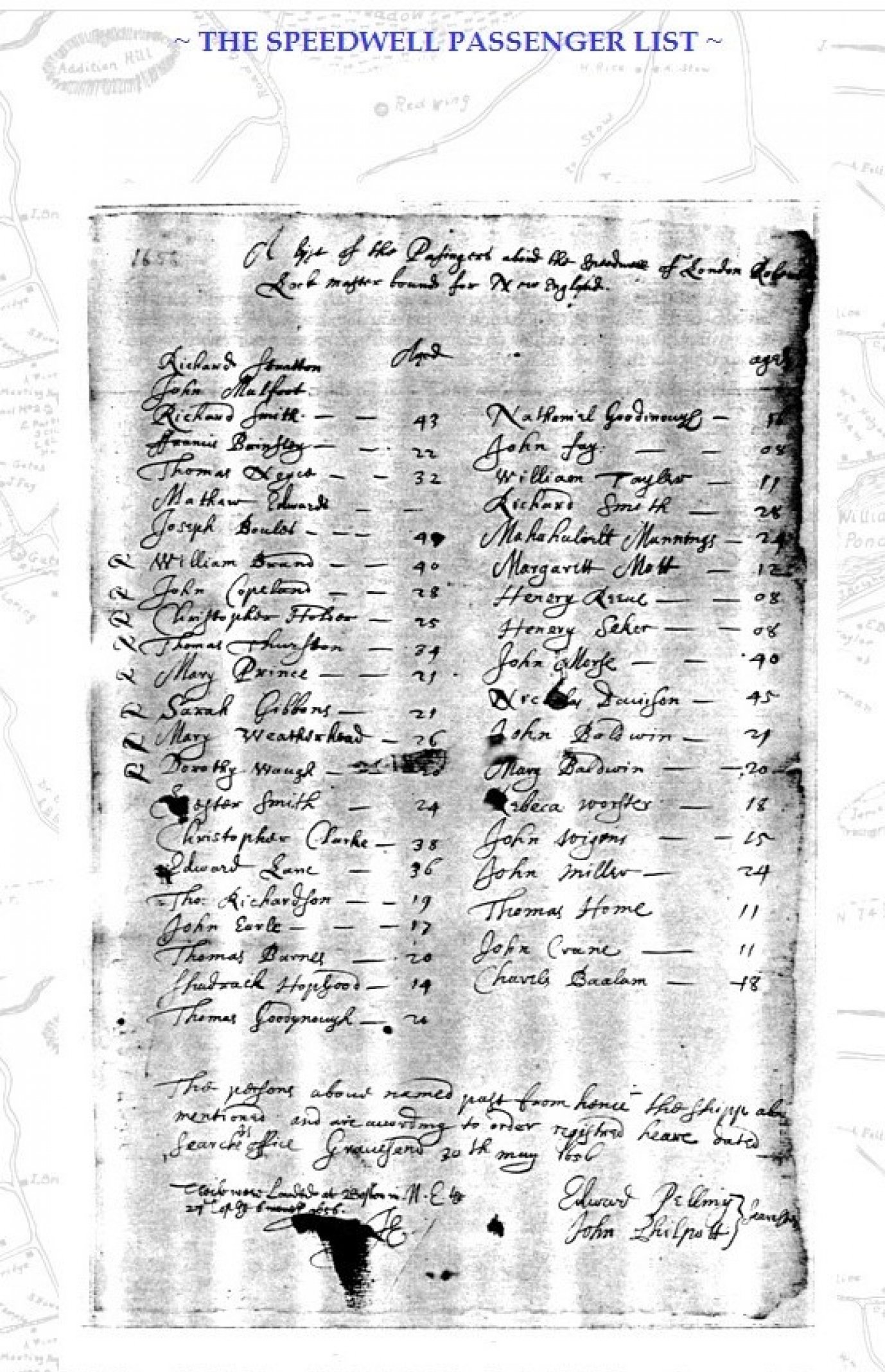 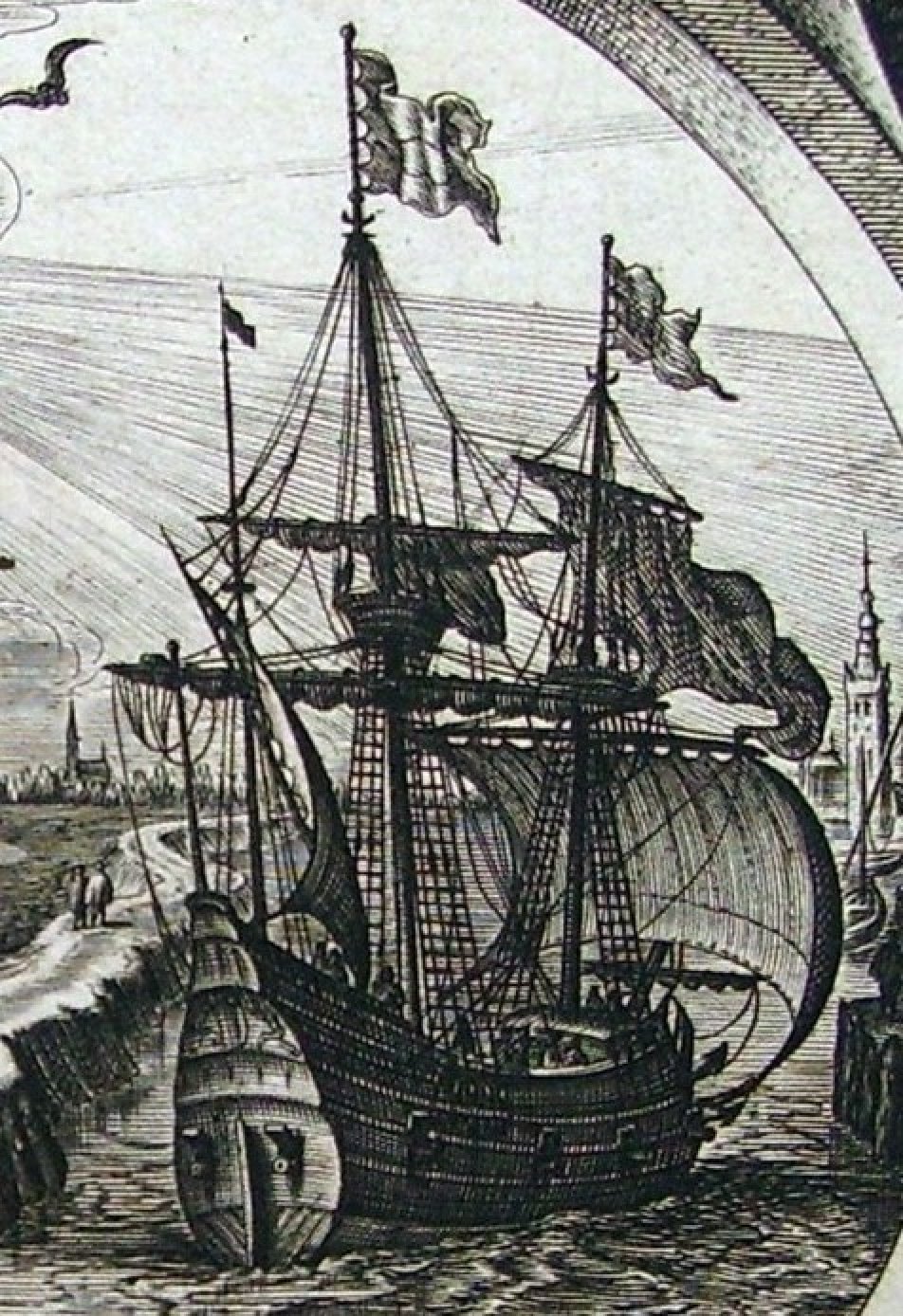 More information about the Speedwell:
https://en.wikipedia.org/wiki/Speedwell

This Knittle & Duggins Genealogy website is a work in progress. Please check back often for updates.

If you have information that you would like to have included on this website or if you find a mistake please contact me.
The information included in this website is intended for informational purposes only, but please include us in your references. All of the information and ideas originally produced by Knittle Duggins SRC, Knittle & Duggins Genealogy, Periodic Paralysis Network and PPNI Publications are protected under US Copyright Laws (2020).This page and the information it provides may not be copied for commercial use of any kind without written permission.